Art Eat is a two-day visual art and street food festival celebrating all things creative and delicious with taste, sight and sound sensations all along the elegant Ipswich Waterfront. This large festival with art, food and community at heart will be a vibrant, colourful, tasty, fun-packed and feel-good weekend taking place on Saturday 21st & Sunday 22nd September 2019.

Art Eat Festival announces two days of music with a spectacular line-up, a major exhibition at Dance East, a big Art Fair full of creative talent, a Cake Art Competition, 16 free art workshops and all of this on top of delicious street food, craft markets and and 4 major urban art projects for Ipswich Town.

Festival Co-Director Iona Hodgson mentions how “We are incredibly proud to be bringing so much high calibre art into Ipswich town, working with some incredible British artists such as EVEWRIGHT (London), John O’Connor (Suffolk), Artful Skecha (Essex), Zoe Power (Bristol) & Cydney Barrows (Essex). We have also been working hard for the past two years to harness as much brilliant local creative talent as possible to be involved in the festival from art fair participants through to the music and performance programmes”

Daisy Lees Co-director is “...thrilled to be able to offer so many opportunities to creative people and to the local community. This festival is a gift to Ipswich and we hope to run the festival every two years, generating a buzz to demonstrate how fabulous Ipswich and it's residents and businesses are.”

At least three vibrant community murals will be appearing around the Waterfront in advance of the festival. Celebrated Black-British visual artist EVEWRIGHT has been working in partnership with Ipswich Council for Racial Equality and residents of a local prison to design and paint a mural funded by Stop Loan Sharks Community Fund. Community Muralist Zoe Power led nine workshops with six charities to gather ideas and inspirations for a new visual landmark celebrating the spirit of Ipswich, and Instagram art star Artful Skecha worked with women and children at Guru Nanak Gurdwara to design a mural in homage to prominent Suffragette Princess Sophia Duleep Singh. All three murals will be appearing between July and August on prominent sites around Ipswich Waterfront.

Over the festival weekend the festival will also host a two day Art, Print & Craft Fair in the expansive ground floor foyer of the University of Suffolk. This will be a spectacular display of artist and crafters with 50 selected artists from Norwich, Chelmsford and London as well as local areas.

This will be held at the University of Suffolk, Waterfront Building, 19 Neptune Quay, Ipswich IP4 1QJ will be a great opportunity to discover local creative talent, most of which has not been seen before in Ipswich. The fair will be open to the public during the festival weekend.

We also have a major exhibition at the Jerwood Dance House by the celebrated local contemporary figurative sculptor John O’Connor. ​Blending the physical with the emotional he explores the fabric of his own internal worlds. His stunning bronze work depicts ​'states of mind that are inherent in us all'. J​ ohn exhibits at Chelsea Flower Show every year and works with some of the country's best garden designers, as well as selling his work to private collectors throughout the world. This ‘not to be missed’ exhibition will be open to the public from Saturday the 21st September to Thursday the 26th September at ​Jerwood DanceHouse, Foundry Lane, Ipswich IP4 1DW.

In collaboration with the amazing Suffolk’s own Outrageous Cake Company, Art Eat will also host a Cake Art Competition open to all Ipswich residents which will be held at Quay Place on Saturday the 21st September ​Quay Place, Key St, Ipswich IP4 1BZ.

This unique and fun display of Ipswich’s very own ‘Cake Art” will be open to the public from 10am - 3.30pm. Judging can also be witnessed and starts at 3pm. ​Quay Place, Key St, Ipswich IP4 1BZ

Watch out from 4pm -4.45 there will be a Cake Art Procession along the site of the festival starting outside Dance East and finishing at Cult Cafe at approximately 4.30pm when there will be a grand finale Let Them Eat Cake where the willing bakers will be.

As part of this event on Saturday only, Norfolk based Cookie Kitchen will be offering novelty gingerbread decoration workshops for all ages from 10.30am - 2.30pm at Quay Place, Key St, Ipswich IP4 1BZ

There will be over 20 free participatory art and music workshops happening over festival weekend so there is no excuse to not come down and take part.

Other attractions will include a fun fair, outdoor bars, 35 delicious street-food traders and a weekend guaranteed to be full of smiles and wonder. 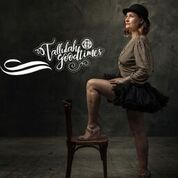 Join us on social media and online at ​www.arteatfestival.com​ to keep up to date with all the news. If you are interested in getting involved and volunteering for the festival please sign up via the website.

Art Eat Festival is a project created and lead by Daisy Lees from Arts La’Olam, and Iona Hodgson from We Create Projects and is being gifted to the people of Ipswich thanks to funding from The Arts Council England, The National Lottery Community Fund, Women’s Centenary Fund, Stop Loan Sharks and through the generous support of our increasing number of local sponsors including Ipswich Borough Council, Prettys Solicitors, Kent Blaxill, Healeys Printers, Digital Growth Hackers, Isaacs on the Quay and Suffolk Chamber of Commerce.

Guess what? We got funding for another mural in Ipswich!